Excellence is our bottom line, pure and simple. That goes for people and products. We believe:

Ongoing investment in product and technology training is money well spent. More knowledge fuels faster and better solutions for you.

Representing only the best engineered products saves you money and headaches, by design. That’s why quality matters in everything we do.

Professionalism, honesty and product integrity will always trump cutting corners to cut prices. In the short run and long term. No contest.

Professionalism: a cut above. 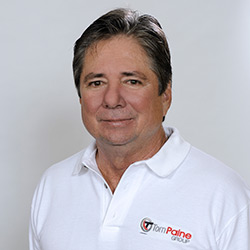 Tom comes by his cutting tool expertise honestly. He founded the Tom Paine Group after more than 30 years in the machining business. But his interest in machining goes back even further to his childhood in Connecticut. He often went to work on Saturdays with his grandfather and walked the factory floor, intrigued by the machinery in action. That led to elective machine shop classes in high school, furthering his interest.

By 1978 Tom and Lou Anne were married and he was working as a tool and cutter grinder in Texas. Six years later Tom was Iscar Metals’ first salesman in North Texas. Soon he moved up the ladder to Western USA sales manager covering inside and outside sales for 13 states. Visiting cutting tool factories in the U.S., Israel, Germany, Italy, Poland, Switzerland, Mexico and Canada provided deep insights into the carbide cutting tool business.

In 1991, he partnered with a manufacturer’s sales representative company as the cutting tool specialist. Twenty years later, he established the Tom Paine Group. 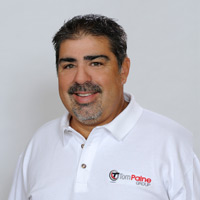 Eric has the metalworking industry in his blood. His family operated Shrader Tool & Grinding for years. Before graduating from high school, he worked summers for a metalworking industrial distributor. After four years as machinist’s mate on a U.S. Navy submarine, Eric returned home to work in the family shops. He learned to sharpen and make cutting tools, became a CNC machine operator, and machined parts for oilfield equipment and the aerospace industry. 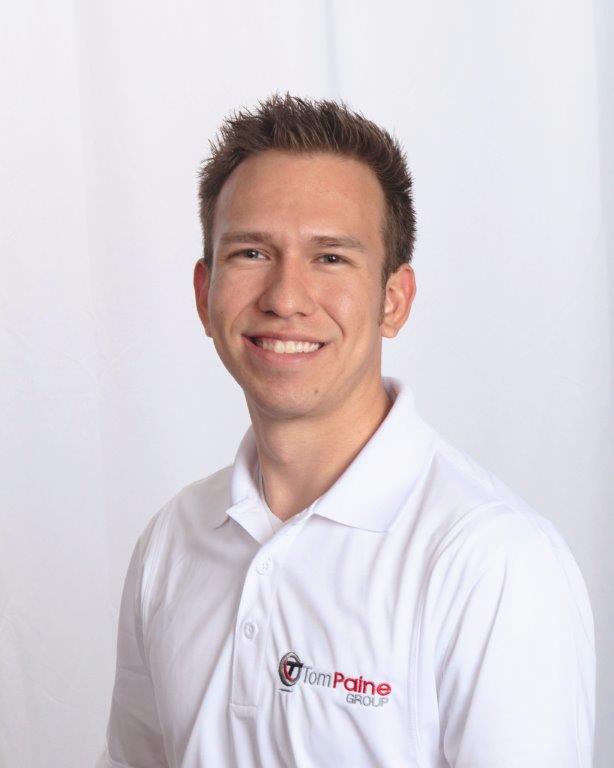 Eric has been interested in how things work since he was old enough to take things apart. What he really liked was making them better. In the working world, he morphed from automotive technician to lead technician in computer electronics and an auto shop assistant manager, earning ASE, Mobile Air Conditioning, All Data Information Specialist and Interlock certifications. When Eric’s interest expanded to how parts were made, he moved on to metalworking and industrial inside sales.

In addition to supporting sales and manufacturer coverage in the Dallas/Ft. Worth area, Eric is enrolled in Tooling U. He keeps busy working with computers and electronics, playing drums and writing music on guitar. He enjoys tackling new problems every day – a godsend not only for a rep in the metalworking industry, but for the father of a 2-year-old as well. 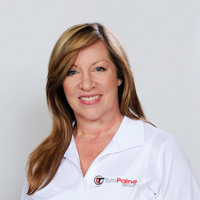 Lou Anne began learning important life skills at age 10 as the oldest daughter of working parents with responsibility for her seven siblings. She learned sales by coaxing them to eat her cooking and burned through a lot of shoe leather pursuing odd jobs and working for her grandmother’s catering service. She learned the ins and outs of distribution in her father’s warehouse and developed selling skills working in retail.

From bookkeeping and typing to manual and computerized accounting to designing business and training programs, Lou Anne was a quick study. Computers were still the size of walk-in closets when she went into business installing computer systems, setting up business systems (in DOS) and training staff. In fact, she found success in every pursuit, including the real estate business. Today, Lou Anne has her hands full managing the accounting and HR needs for the fast-growing Tom Paine Group. 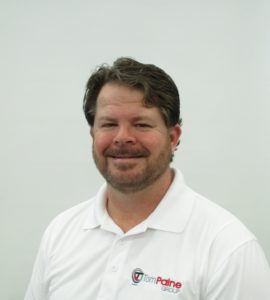 The city of Yukon, Oklahoma, grows a special breed of metalworking professionals. Shawn Duffy is a native of Yukon, where another Tom Paine rep, Eric Schrader, just happens to be active in a family machining shop. Coincidence?

For 20 years, Yukon’s stable aftermarket custom wheel industry kept Shawn gainfully employed, earning the trust of many long-term customers. In 2004, he was tapped for a new position in the big city as southern regional manager for a large wholesale wheel distributor, so he moved his family to Houston.

These days, Shawn’s skills and knowledge of industrial products are put to steady use for Tom Paine Group clients. When he’s not on the job, he’s probably on a golf course, a baseball diamond (coaching), a snowy mountain (skiing), a hunting trip, a dance floor (country dancing) or cooking up something tasty in the kitchen. Shawn and Christa, his lovely wife of 20 years, have two sons, Chase and Dylan.

We have the solutions.
You get results.
Call the Tom Paine Group today.